Animation is one of the most versatile creative art forms. Whether it’s being used to create an award-winning film by Disney or Pixar, in a TV advert, a game for Xbox or PlayStation, by architects to demonstrate their vision, or adding movement to an infographic – animation sequences can be used in a number of ways.

Animation is the process of combining a number of film sequences or videos which contain moving, drawn or modelled images. These are then put together to convey the impression of movement. Whereas previously, artists had to draw out the animation before it was uploaded to a computer, software packages now allow images to be computer-generated if the designer desires.

Whether you’re looking to delve into the world of animation from scratch or want to refresh your knowledge, our tips for success should help you on your way.

Start slow and edit shots one at a time

If you’re a beginner, rushing into the editing suite and thinking you can edit an entire film in a day just isn’t going to happen. Slow and steady is the best approach to animation, so begin by editing the general length of shots which you may encounter while working professionally. This is likely to be around 10 seconds – so try mastering this length of sequence, before you become too ambitious.

It’s also best to edit each phase as though it is its own shot. Animation should follow beats and phrases – so each shot should contain a beginning, middle and end to the idea you are animating. For example, if you were editing an office meeting – it would contain someone greeting the guest and him or her sitting down before the meeting is conducted. It’s all in the movement

Animation can make even the most basic of design or concept interesting, simply through adding movement and interest to the subject in question. For example, you could have an infographic which looks very straightforward on the surface but moves in a way which challenges initial perceptions and turns into something completely different.

Therefore, as an animator, it’s essential that you consider how the movement of what you are animating will come across to the viewer. If you are editing for a TV advert or web design, then the movement of your objects will be key to keeping the viewer interested. Of course, this is still important for character animation, but storytelling can help to carry the narrative along, whereas web design is less able to do this on its own.

Facial expression is without doubt one of the most crucial elements of editing persons for a film or TV project – with many keen to ensure that facial poses are obvious in order to convey the right emotion.

Before you animate a character, consider how you yourself would arrive at such a facial pose or expression. Then animate this process into your character.

When editing a sequence that will contain dialogue or music, the temptation is to have the sound playing while you edit each scene. However, this can often lead to the content being under animated, as you have relied too heavily on the sound to cover-up anything lacking in the animation.

The animation that you have created to go alongside the music or dialogue should be able to speak for itself before you add the sound. Play scenes back to your colleagues and ensure that they are able to understand it before the sound is added. If they can’t, then it may be time to head back to the editing suite!

Thanks to the internet it is possible for you to become a self-taught animator, but never under estimate the power of attending a training course and having a professional there to guide you. Listening to an expert take you through the process and be on-hand to assist you when you need it, can ensure that you are getting the latest training and have a helping-hand if required. Key animation course options to consider are animation with After Effects training or web graphic animation with Adobe Animate training.

Animation isn’t something which can be mastered overnight. It can take years of practice to become fully competent at what you’re doing, and with new programmes and skill sets being demanded of you with every technological development, it’s best to give yourself a refresh every now and then to stay on top of your game. What does 2017 hold for the Creative Industries? 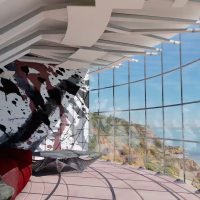 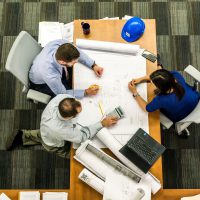 5 Ways Architects Can Use Sketchup